Given the city of Richmond has failed to carry out a fiscal impact analysis on its plan to sell Point Molate to the Southern California based SunCal real-estate corporation – as would be expected if it were exercising reasonable due diligence – three citizen groups have commissioned one.

The analysis by Alexander Quinn, Director of Sustainable Economics at Hatch, the globally respected business and engineering consulting firm, found that the proposed sale of public land for a luxury housing tract could end up costing the city $2.4 to $3.5 million a year in city services and other expenses.

This would mean today’s residents of Richmond, with average incomes of $55,000, would end up subsidizing thousands of new residents with incomes of over $200,000.

Nonetheless, Mayor Tom Butt and the city are trying to fast track the sale.  A city scoping session is scheduled for Monday July 29 at 6PM to try and “amend” an Environmental Impact Report from a failed Mega- Casino plan for Point Molate, and adapt it to the SunCal housing tract proposal.

The attached Hatch study was commissioned by the Point Molate Alliance, Citizens for East Shore Parks and SPRAWLDEF, groups opposed to the plan to privatize these public lands on legal, environmental, public safety and equity grounds and have proposed an alternative Community Plan, also reviewed in the analysis.

We encourage business reporters and others to read the findings of this analysis and to use it as a basis for additional reporting about Point Molate and other shoreline development projects in Richmond. 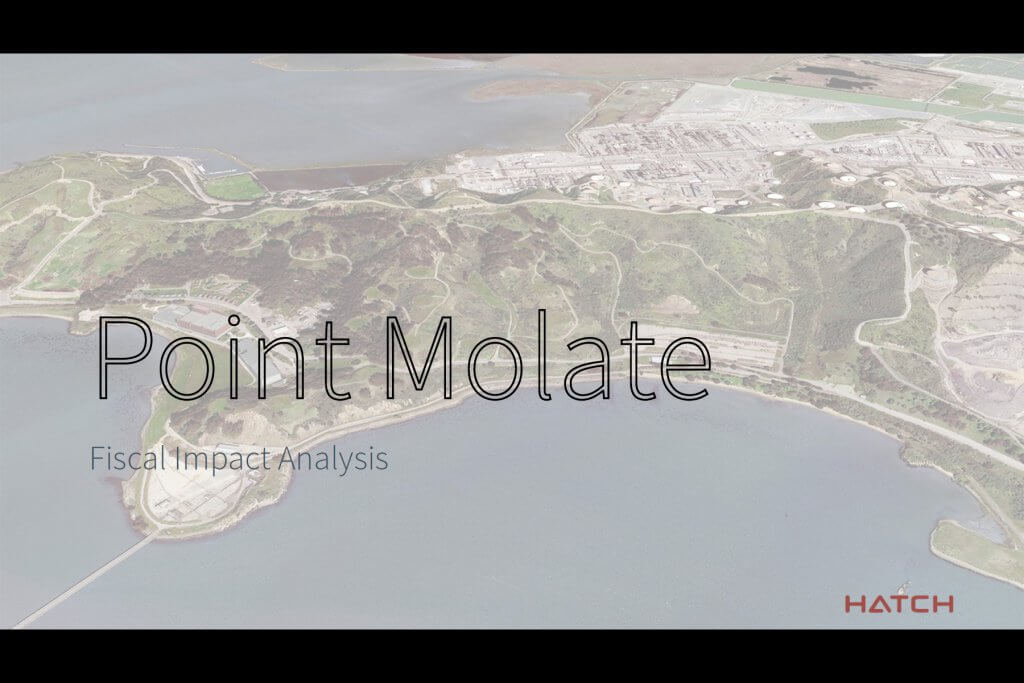